Going to the Range – The 2 Biggest Mistakes 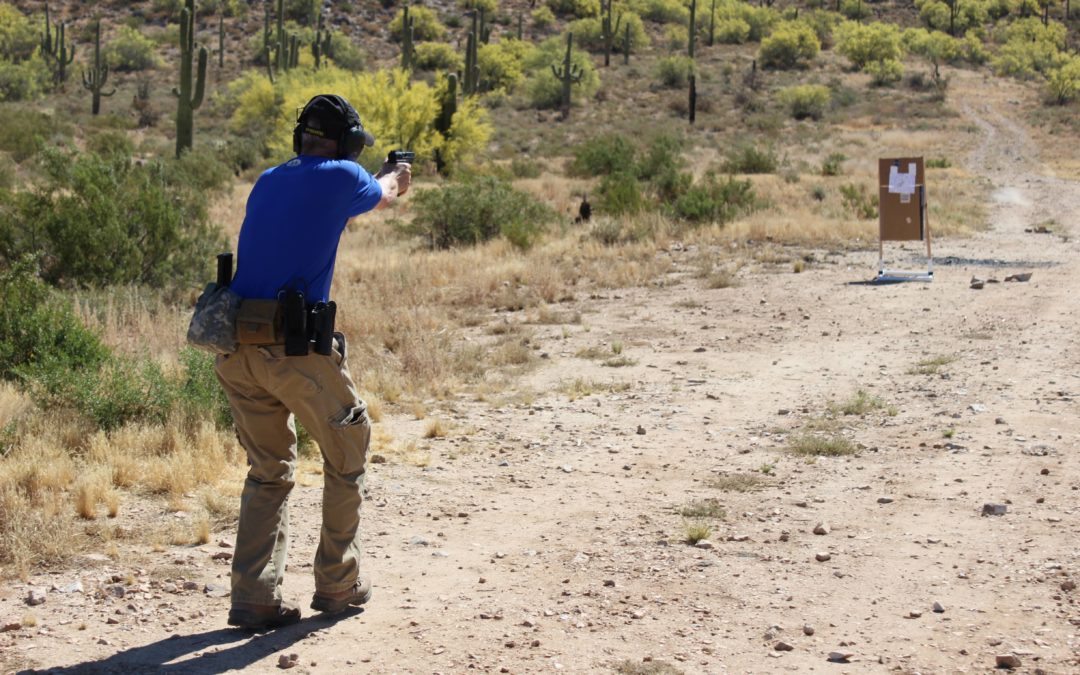 I shoot a lot because it is a critical skill in my readiness portfolio. I love shooting, but I hate being unskilled more. So, that’s the lens I look through when I am putting lead downrange.

While it can be a lot of fun to go all “full send” at your static target to get the attention of all the other shooters around, it’s not the most effective way to use your most precious time behind a gun. Here are the two biggest mistakes most shooters make at the range:

This is also generally known as “lack of a plan”. I don’t think like that about my trips to the range anymore.

I used to think I was getting value by going to the range and shooting until it hurt – usually in the wallet. My attitude was repitition was going to give me some awesome “muscle memory” or some osmosis learning. The outcome was that I was a crappy shot when I wasn’t a lucky shot. The ammo cost alone was enough to dissuade me from going very often.

When I am at the range and hear someone a little down the line just blasting away, “blam, blam, blam, blam…” at a 9 ft target, it brings a warm smile of yesteryear to my ugly mug. But at the same time, I am thinking, “Is that even fun?”

These days, I shoot 50-70 rounds maximum during a range session. It takes me about as long as “300-round Charlie” three lanes over. Why? Because I am going there to train, not to shoot. I go to the range with a very specific goal. “Today, I am working on follow-through.” Or it might be sight alignment, or trigger squeeze. I am interspersing live rounds with dry presentations and sight pictures. I am looking for flaws in the essentials.

Some people say, well you can do most of that at home. They’re right – you can train all but two of the fundamentals without even leaving your house. Dry firing is an amazing training tool – and Michael has an awesome post coming out about that real soon. But, why would you not drill fundamentals every time you pick up your gun?

For every round I fire, I am drawing and presenting an empty gun 4 or five times. Usually a couple of slow ones, and then a few with speed. It takes thousands of iterations for something to be ingrained to second nature, so use every opportunity to train your brain.

Go to the range to train, not to shoot.

Most people spend a lot of time shooting stationary, paper targets while standing still in a little square space with one safe, down-range direction. You will possibly learn marksmanship this way. If that is the only reason you bought your gun, then you are doing the right thing. If you bought your gun for any other reason – this does not serve you well.

True, everyone should have marksmanship skills, but it is very important to be able to use the tool as you intended. If you want to be skilled defensively, you need to move, and you need targets that move.

Have you ever found yourself turning down the radio to concentrate when you are driving in an unknown area and don’t want to miss your turn? Have you stopped walking to concentrate more fully on a tourist map?

Our brains are not wired to efficiently multi-task, especially when one of the activities requires more finesse than the other(s). You have to bring the unfamiliar tasks (moving while reducing a stoppage for example) into the realm of the familiar – or better, proficient – or you won’t do them under stress. Imagine finding yourself in a violent encounter and stopping between cover to reload or clear a stoppage. It is not as unusual as it seems. The internet is filled with examples.

To overcome this problem, I set up cheap sports cones that provide guides to the types of movements I want to train. I shoot on ranges where I can move laterally, forward or backward. I incorporate multiple targets, reloads, stoppage reduction, and use of cover – all while moving forward, backward, and laterally.

If you don’t have a range like this available to you, buy a blowback CO2 airsoft pistol. It can be the same model that you carry, but that’s not crucial. You can do this in your garage or back yard. Practice moving while reloading. Slap and rack while moving to simulate stoppage reduction. Practice presentations, drawing, CQC techniques, whatever – just don’t stand and deliver.