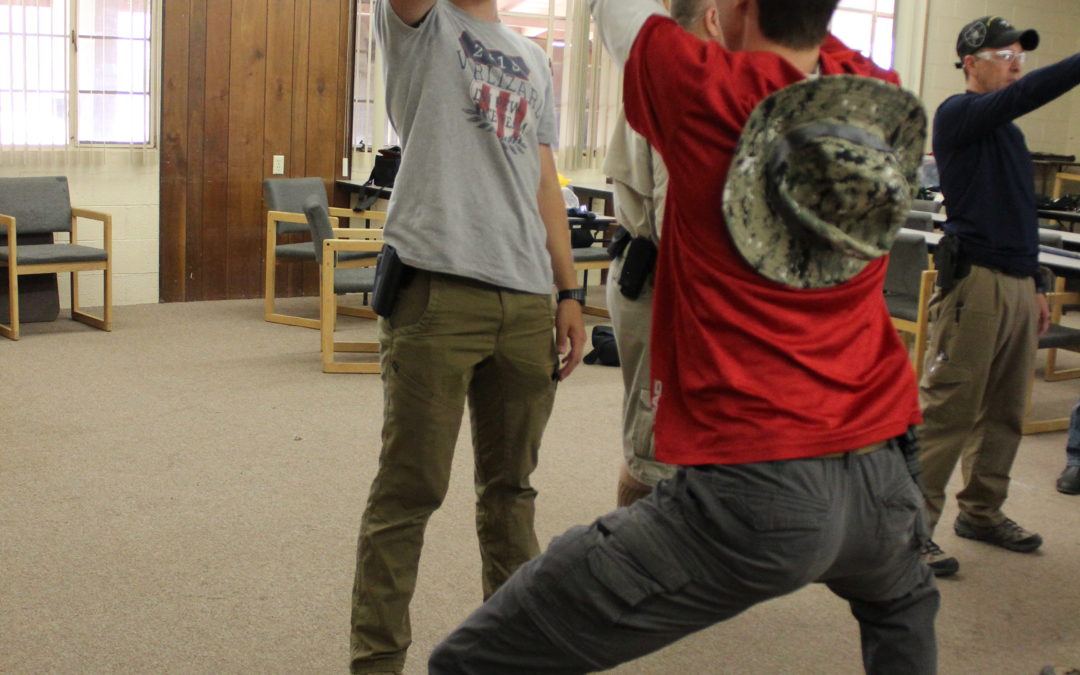 We talk about the OODA Loop a great deal in our training. It’s a cool bit of neuroscience, especially since we spend all day doing it and don’t even know it.

So what is it? Why do we OODA and not even know it?

OODA is an acronym for Observe, Orient, Decide, Act. It is how our brain collects and processes information so we can make informed decisions and then act upon them. Pretty cool, right? Most of the time, it’s very cool! Most of the time.

Let’s apply OODA to a couple of scenarios, so you can see how OODA can be less cool and then we will talk about what we can do about it.

Whenever there is some violent encounter involving a firearm, a number of witnesses are interviewed by the media in order to get that “personal interest” aspect in the story. Invariably, you hear something like, “At first, I thought it was firecrackers.”

Ok, so the brain Observed (using one of the senses – hearing) a thing and oriented it. But our brain orients things to something it knows. If your brain does not know or cannot conceive of something other than firecrackers, then it orients to that.

Yeah – firecrackers. It’s August 13th and we are in a mall. Firecrackers make a TON of sense, am I right?

Ok, so the brain apparently kept working on the orientation and realization occurred (ta-da!) – Gun.

“…then I just grabbed my kids and got out of there!”

I know a number of people who carry, but no matter how available we make training to them, they won’t train. They would see themselves as “a good guy with a gun” and their intentions are certainly very genuine. But they are actually quite dangerous and OODA is not their friend if they actually have to draw their firearm.

Let’s go back to the same mall violent encounter – Good Guy is there and logistically equipped to help stop the bad guy. But he’s never trained on how to position himself in a way that he can shoot the bad guy without hitting others and there are people running around behind the bad guy? He has observed, oriented, and now he’s stuck in indecision and can’t act, or worse, he does shoot without regard to what is behind his target.

The two things that put a dramatic pause in your OODA loop are:

How do you mitigate this?

If you have no intention of carrying a firearm, you should at least take an active shooter course or a violent encounter avoidance and survival course. We have a great partner at Heloderm who delivers an outstanding training experience.