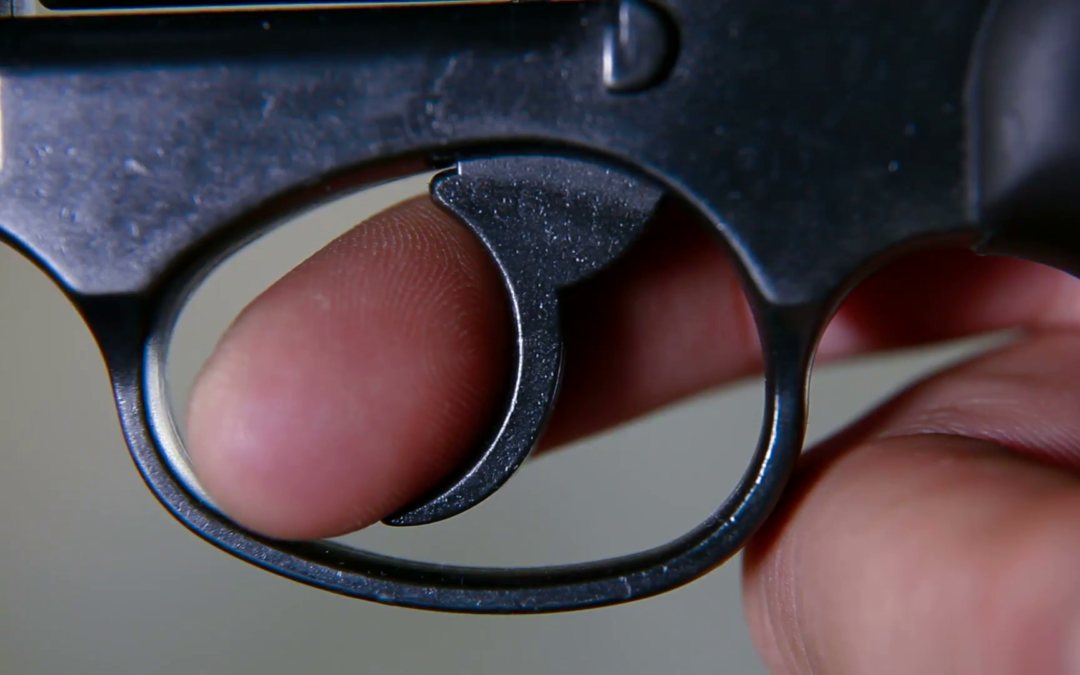 Trigger control is a huge factor in pistol accuracy. It is very easy to push the muzzle away from your strong side or pull it toward your strong side while firing. It is one of the reasons pistol instructors are using words like “press the trigger” instead of “squeeze” or “pull”.

With a suitable support hand grip and a stable presentation, your firing hand really does very little work – merely activating the trigger. But did you know that you activate the trigger differently on a Single Action vs. a Double Action?

With a Single Action (SA) firing mechanism, your trigger only drops the hammer or releases the firing striker. Whether we are talking about a revolver, a hammered SA semi-auto (like the 1911) or a striker-fired SA semi-auto (like a Glock), the firearm needs to be cocked in order to be ready to fire. A moderate trigger activation of 5-7 lbs is enough to fire it (sometimes it is less depending on the trigger).

With a Double Action (DA) firing mechanism, the trigger serves two purposes. It pulls the hammer back and also releases it to fire the round. A consistent trigger activation of closer to 12 lbs is required to get the hammer all the way back to the point it breaks to drop the hammer or striker. Subsequent shots will typically be single action on a semi-auto.

That’s not what this story is about though.

How you place your finger on the trigger is actually different depending on whether you are firing double-action or single-action. I tried not to give it away earlier in the article.

As always, I am not trying to tell you that what you might do differently is wrong. You might think differently about all this. I am ok with that. You do you. I am just passing on my evolutionary experiences as a shooter.

When you are firing a single-action pistol, your finger is typically placed so the flat of the trigger is just behind, or on top of, the meaty pad of your finger. For me, the most accurate pull is when I have the trigger between those fingerprint swirls and the first knuckle crease. Not on the pad itself, and not in the crease. I usually tell people, “right behind the pad.” and that seems to work for most people I coach.

This is because you don’t require a lot of force to activate the firing sequence and you are also trying to avoid (without getting too far into grip mechanics) having that firing hand do much more than activate the trigger.

With a double-action, you need to get your trigger a little closer to your strong side – perhaps not quite in the first knuckle crease, but very close. It is a nuance to be sure, but we are trying to improve marksmanship here.

Using a bit “more finger” will allow you to more consistently press the trigger under those 12lbs of force necessary to get the hammer back. It is a practiced technique that requires a lot of analysis on what you are doing now and then adjusting.

For me, I switch between a SA striker-fired pistol and a DA hammer-fired pistol regularly. So this is one of those things I had to think about after going to the range and trying to figure out how 30 years of shooting wasn’t working when I changed guns.

I hope this helps you avoid the frustration I was going through. If you have any questions, let me know.