When you draw your firearm but don’t shoot 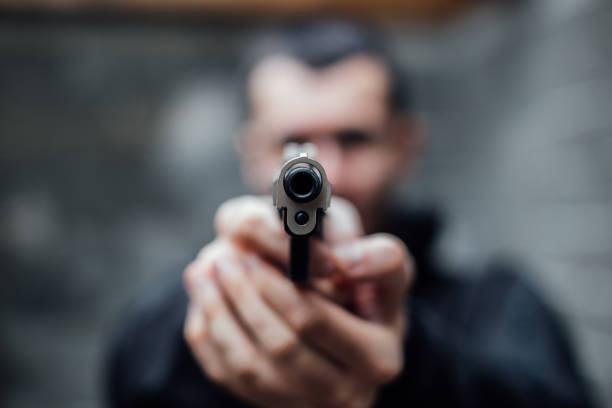 What should you do if you feel compelled to draw your firearm because of an impending threat, but you don’t actually fire?

Defensive gun use (DGU) numbers in America are hotly debated and highly contested. This article is not about parsing the data – you can do that on your own and decide what you believe to be true. When it comes to the “data” part of the “problem” is there are not a lot of recognized national statistics to draw from. Also, not all DGU are reported. Regardless of where you stand on the numbers, what is clear is that DGU are an effective and fairly abundant deterrent to violent criminal acts.

While drawing or displaying a firearm, but not pulling the trigger might be considered a defensive gun use, not following up with appropriate actions could land you in a lot of trouble.

Before I go further – I am basing the following on what is and is not legal in Arizona. Your state might be different. Please look it up.

In Arizona, according to ARS 13-421, “A. The defensive display of a firearm by a person against another is justified when and to the extent a reasonable person would believe that physical force is immediately necessary to protect himself against the use or attempted use of unlawful physical force or deadly physical force.”

Arizona distinguishes here both unlawful physical force and deadly physical force. Note: This is only justification to DISPLAY a firearm – not fire it.

Ok – so we have our baseline for justifiability of drawing your firearm, but things can still go sideways if you get charged with BRANDISHING.

So let’s say someone was bradishing a firearm with some sort of criminal intent. You display your firearm in response and then the criminal flees. Let’s break down the actions you should take in the order of priority:

Safety of you and bystanders

Is a threat no longer present? This might have been one of several criminals – maybe this one chickened out. Scan your area and move to a safe place. Encourage bystanders to do the same. In the very least, find cover – but your best bet is to un-ass the area to someplace safer.  Make sure no one was injured.

Once your’ve determined the area is safe – or everyone is in a safe place – make your firearm safe and reholster it. If it was concealed, re-conceal – you don’t want to be holding a gun or have a gun visible when the cops arrive.

Communicate with bystanders – did they see the bad guy draw first or did they just see you? This is a good time to tell people what happened. They might be afraid of you because that’s all the saw.

Call the police – the first person to call the cops is the victim until things get sorted out. Call the police yourself in this scenario and say, ” Someone just brandished their firearm (or tried to rob me with a gun, or whatever the situation calls for) and I drew my gun in defense of my life. I did not fire and they ran away.

If someone else calls the cops, who knows what they will say. It could be, “There’s two guys here pointing guns!” Take the opportunity to control the narrative before it gets out of hand and you become someone who needs to be arrested. You know your actions were purely defensive, but not everyone around you will see the same thing. Don’t go into a lot of detail – you might not be remembering anything more than the basic situation due to stress. Don’t say more about what happened than you need to.

Be able to describe the bad guy(s).

Once you are in contact with the police, they might give you further instructions. They might tell you to put the weapon somewhere. If possible, put it in a lockbox or trunk of your car. It is up to you if you want to demand to remain armed and go through them disarming you. I think it depends on the siutation (how safe are you now?) and you should make yourself clear to the dispatcher what you think the situation warrants. The overarching consideration here is to not get shot – not by a returning bad guy, and not by the cops.

Call someone who can get you an attorney quickly. You might get arrested until things get sorted out. Be ready for some inconvenience. Your attorney will also ensure you don’t provide conflicting information. The more time that passes, the more likely your memory will adjust to things that may or may not have occured.

The complexities of DGU can cause some to abandon carrying altogether. It’s understandable. There is an awesome amount of responsibility in carrying a deadly weapon. Most people don’t find the razor sharp pocket knife to be so humbling, though. I am not sure why that is. It is also a deadly weapon.

I mention this to underscore the need to train. You are not just training shooting skills. You are training your OODA process as well. Our CCW courses, and Basics of Pistol Shooting courses are designed to give you knowlege that allows you to quickly make the right decisions.

Note: Everything in this article is my opinion. I am not a legal scholar.  Just as with everything in life – but especially in the gun industry – you do you, Boo.